On Sunday 19 August, some of our Year 6 students departed Brisbane for chilly Sydney and Canberra on the 2018 Cultural Tour.

This year’s tour was the biggest one we have had for some years, with 100 students attending. During the six-day trip, students enjoyed visiting Parliament House and the Electoral Education Centre, both of which complemented their current unit of inquiry. Our Year 6 students also visited Questacon, the Australian War Memorial, and National Museum of Australia.

One of the absolute highlights of the tour (besides playing in the snow!) was the opportunity to visit Government House and meet His Excellency General the Honorable Sir Peter Cosgrove AK MC (Retd), Governor-General of the Commonwealth of Australia. His Excellency took the time to talk about his important role and responsibilities to our country, as well as answer a range of questions from our students. We also got a sneak peek of His Excellency sitting for an artist who was working

on a portrait of him.

There are many people who need to be thanked who made this year’s trip one of the best yet. Thank you to our wonderful staff who accompanied our students on the trip – Deb Kelly, Tamika Bertoli, Rachel Penn, Alana Takawe, Lyn Lee, and Mark Smith.

We also need to thank the Federal Government who recognise the importance of all young Australians being able to visit the national capital as part of their Civics and Citizenship education. To assist families in meeting the cost of the excursion, the Australian Government contributed $60 per student under the Parliament and Civics Education Rebate program. The rebate is paid directly to the school upon completion of the excursion. 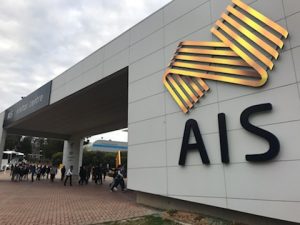 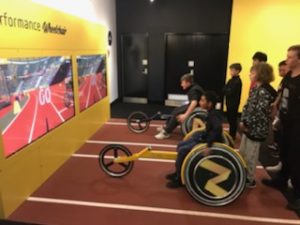