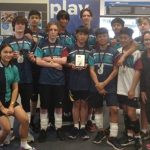 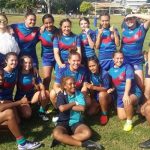 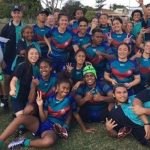 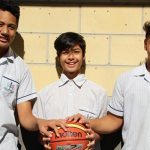 Calamvale Community College has solidified itself as a sporting powerhouse after its basketball, softball, rugby, and volleyball teams emerged as victors across Interschool tournaments last week.

On Wednesday, the College had several Year 7-9 teams qualify for and compete in the Brisbane Metropolitan Finals. The Year 9 Boys team were crowned champions after sweeping through to the final round undefeated in all matches.

Calamvale’s Years 7/8 and Open softball team also made it through to their respective semi-finals and final rounds of the Brisbane Metros. In rugby, the College’s Open Boys’ and Girls’ teams are now Karawatha District Champions after forging through undefeated at Gala Day on Friday.

To top it all off, Calamvale entered their Year 9/10 Boys’ team into Volleyball School Cup for the very first time in Toowoomba this weekend, and emerged as unprecedented Division 3 Champions after a tense three-set final.

The College’s Executive Principal Lisa Starmer has nothing but praise for her talented students and hardworking coaching staff: “these sporting achievements are testament to our comprehensive sports programs which shape our students into formidable young athletes.”

Despite such commendable victories and efforts, the College is showing no signs of slowing down; its teams are gearing up for the Winter Interschool round and aiming to become district champions across all sports.