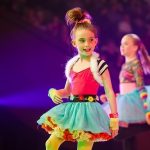 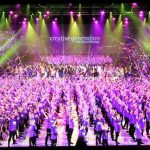 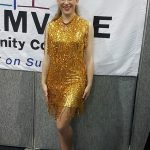 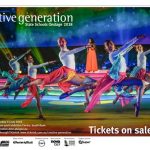 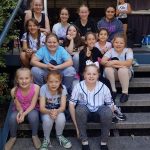 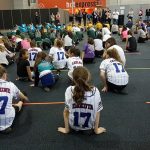 This July, Calamvale Community College will once again perform at Creative Generation – State Schools Onstage (CGEN), an award-winning performing arts extravaganza that showcases young talent from more than 120 state schools across Queensland. The College is one of only eight schools to have participated in CGEN since its inception in 2005.

After a highly competitive audition process, two students from the College have been invited to perform centre-stage as featured dancers. Sisters Hannah and Caitlin Rogerson will perform in the Junior and Senior dance ensembles respectively. Along with other members of her ensemble, Hannah will feature in eight items including a Motown Medley comprising six songs, while her younger sister Caitlin will participate in six featured group items throughout the event. Eleven other students have also been selected as massed dancers for numerous group performances.

Celebrating her tenth consecutive year of involvement, the College’s CGEN coordinating teacher, Christine Knight, also holds an important position as a teacher crew member. Christine’s role as Backstage Manager involves supervising the movements of more than 1500 students over four days at the Brisbane Convention and Exhibition Centre. Christine exalts CGEN as a “tremendous opportunity for our students to be involved in a professional production on a huge scale. CGEN is incredible fun and our students experience the true reward that comes from commitment and hard work. Our students and teachers meet and befriend like-minded individuals from schools across Queensland. I can’t praise it enough.”

Executive Principal Lisa Starmer says that the College’s fourteen years of participation with Creative Generation has been invaluable for her creative students. “CGEN not only complements our robust performing arts portfolio – it has and continues to offer our students an unrivalled opportunity to build confidence, acquire new skills, network with industry professionals, and realise their creative potential on an arena stage.”

CGEN 2018 will be held on 13-14 July at the Brisbane Convention and Exhibition Centre. Even after fourteen years at CGEN, the College is showing no signs of slowing down – they are already working towards massed choir and instrumental nominations for next year, as well as growing the number of dance participants.