Cheerleading victories for our Cheetahs and Cubs

Our cheerleading teams – the Calamvale Cheetahs and Cubs – have swept up the several trophies this term at two state-wide competitions. 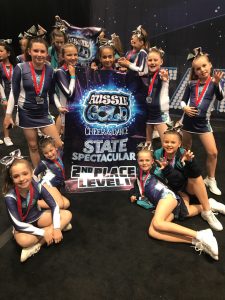 In late August, our teams competed for the first time in the Aussie Gold State Spectacular Compe 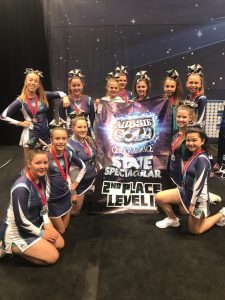 tition, held at the Logan Metro Sports Centre in Crestmead. Both teams have been working super hard and their efforts were rewarded with some awesome results. The Calamvale Cubs placed 2nd in their division of five teams – an amazing success. The Calamvale Cheetahs also took out 2nd place in the High School Level 1 Division by a very narrow margin.

In mid-September, our teams entered the arena again to compete in the Australian All-Star Cheerleading Federation State Championships held at the Gold Coast Convention and Exhibition Centre in Broadbeach. Our students worked tirelessly to polish their routines, and they did an impeccable job. Our Cub cheer squad placed 4th in the Primary Level 1 Division, and the Cheetahs really soared to new heights – they won 1st place in the Level 1 High School Division. To top it all off, our Cheetahs were announced as the Scholastic Grand Champions, making them the highest scoring school team in the state!

This is an amazing victory that testifies to the academic prowess of our students and the hardwork and dedication of our coaching staff. Congratulations!